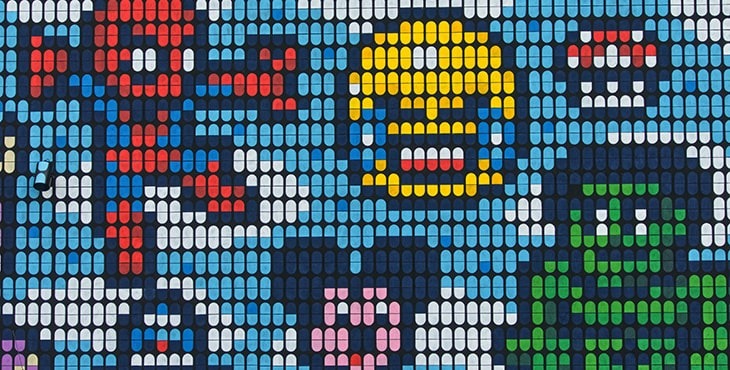 Pete Davidson said it best during a Saturday Night Live skit in which the comedian parodied rapper Eminem’s famous hit, “Without me”: “What the hell’s an NFT?” It’s truly a good question which has been on many people’s minds in the last year. All over the internet, you can see videos of people bragging about how much they sold a certain NFT and even many celebrities have gotten into it. Despite all this, many people, including me, still don’t exactly understand what an NFT is and how is it different from a normal photo?

An NFT is a Non-fungible token. That probably doesn’t make it any clearer. “Non-fungible” means that it’s unique and can’t be replaced with something else. For example, a bitcoin is fungible — trade one for another bitcoin, and you’ll have exactly the same thing. A one-of-a-kind trading card, however, is non-fungible. If you traded it for a different card, you’d have something completely different. You gave up a Rattata, and got a George Mikan’s 1948 Bowman rookie card (valued at 90,000$). Most NFT’s are images or GIF’s like Beeple’s pixel art collection, where one of the images there sold for 69 million dollars.

Now comes the question, what stops a person from right clicking the NFT and hitting save? In truth, nothing. You won’t be able to sell the NFT, but you can have it as your profile picture or even hang it up in your room. I personally don’t see any value in paying such large amounts of money for these images that anyone can have. Add the fact that the means with which you pay for NFT’s is cryptocurrency, which is extremely unreliable, it seems to me like it’s a waste of money. NFT enthusiasts will argue that an NFT is like a car in the fact that just because I take a picture of the car, doesn’t mean I own it. However, you can drive a car. Even if you compare it to a real life painting, the fact that a painting is a physical thing you can hang in your house and show off to your dinner party guests, makes a much more worthwhile investment than an NFT.

There is however, one unexpected benefit to the rise of NFT’s. A lot of small digital artists have managed to make a living off of designing NFT’s. Due to COVID, a lot of artists have lost the means for which they can provide for their family and NFT’s allow them a way to make a living again. Instead of packed art galleries, you have online bidding wars over these digital images which artists can make from the comfort of their own home.